Beethoven called him “The Immortal God of Harmony”. It is no exaggeration to say Johann Sebastian Bach has influenced every composer who followed him.  His contribution to Western music has been absolutely critical and his music is among the most beautiful ever written.  Following a very moving performance of his Goldberg Variations during our 2021 Midwinter Festival we decided to focus on Bach for our 41st Season, the details of which we are delighted to unveil to you here.

And in fact, the season opens with that very work performed by the very same performers – Dmitri Sitkovetsky’s arrangement of the Goldberg Variations for string trio.  As the season progresses we will hear Bach’s instrumental music on baroque violin and harpsichord with Maya Homburger and Malcolm Proud, on modern violin with Tedi Papavrami, on guitar with Sean Shibe and on modern piano with Cédric Pescia.  Each concert also features other composers who were influenced in a particular way by Bach.  In late March we will be treated to a glorious production of Bach’s St Matthew Passion with the Irish Baroque Orchestra conducted by Peter Whelan.

But there is a lot more to savour in the new MFG season – in October we have the world premiere of Jane O’Leary’s new work for piano and orchestra commissioned to celebrate our 40th anniversary; October also sees the annual Emily Anderson Concert celebrating Beethoven and the work of three University of Galway BA students. The Midwinter Festival in January focuses on music for the seasons, with works by Vivaldi, Piazzolla, Chopin, Tchaikovsky, Schubert and a special focus on song.

We value our continued partnership with the University of Galway. We thank Galway County Council for funding to allow us to repeat certain concerts around the county. We also thank our regular funders the Arts Council and Galway City Council, our sponsors and donors and especially our patrons and MfG Friends for their ongoing support. 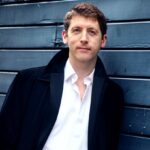 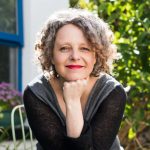