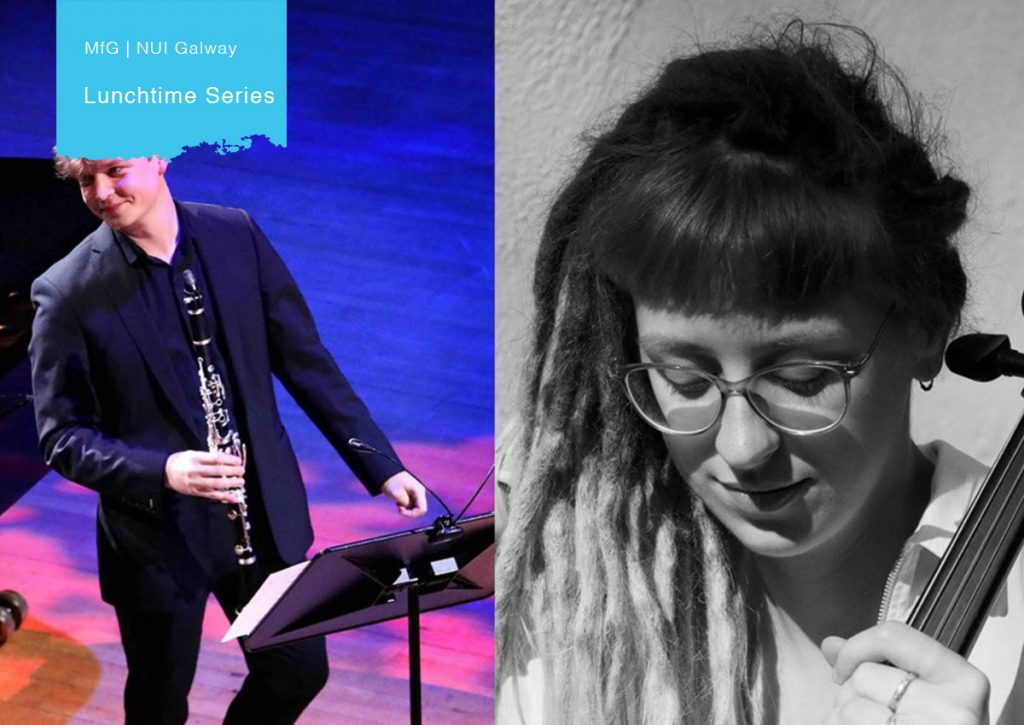 Presented in association with Arts in Action, NUI Galway

Award winning clarinettist and composer Christopher Moriarty is quickly becoming one of the most sought-after young artists of his generation. He is joined by cellist Gabriele Dikčiūtė for an exciting programme of contemporary music.

Christopher is passionate about the creation and performance of new works featuring the clarinet, expanding upon the Irish repertoire of works for his instrument and bringing them to new audiences. His music has been performed both nationally and internationally, with premieres in Dublin, London, New York and Stockholm.

Christopher is joined by Lithuanian cellist Gabriele Dikciute. She came to Ireland to start her Bachelor Degree in cello performance at the Royal Irish Academy of Music.  In 2017 she was invited to play a piece Snow In June for percussion ensemble and cello solo by Chinese composer Tan Dun in New York University. Gabriele has a keen interest in Baroque music and often performs with her ensemble Westland Baroque. She recently gave a solo performance of Shostakovich’s Cello Concerto with the RTÉ National Symphony Orchestra.

Together they perform a programme of contemporary music for clarinet and cello.

Admission is free but booking is highly advised.