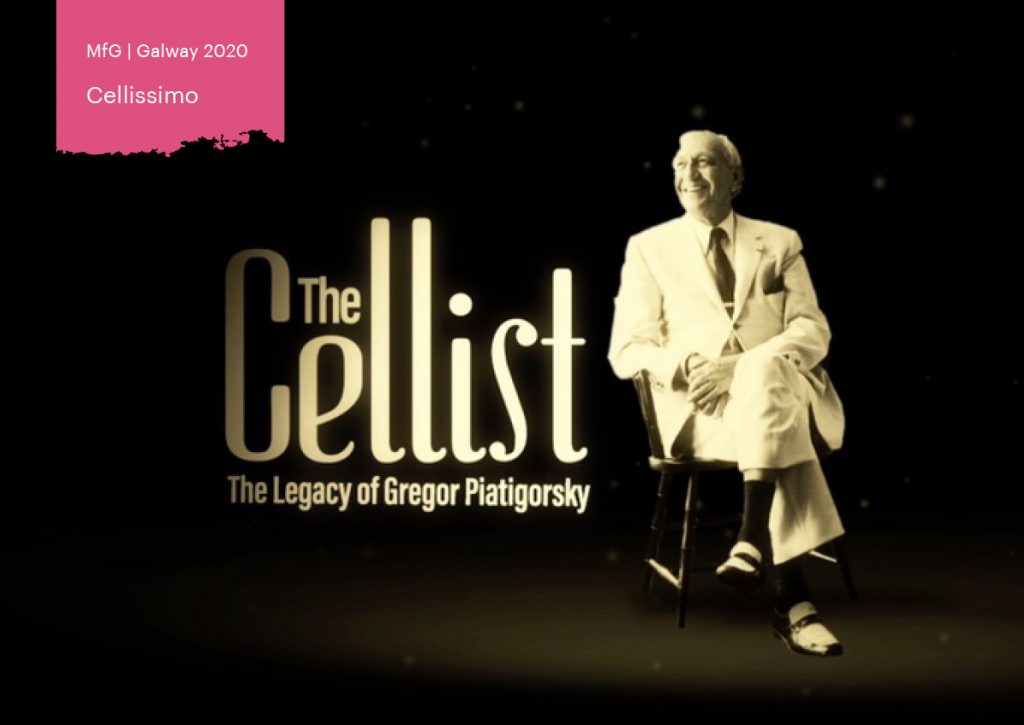 The Cellist – a film by Murray Grigor

Supporting his family at 8, playing for silent movies, surviving pogroms, Piatigorsky became principal cellist of the Bolshoi at 15 & met Lenin. Virtuoso cellist and raconteur, escaping the Soviet Union made him an action hero.

Fleeing Europe in 1939 to become an American, ‘The Cellist’ revels in his musicianship, wit & humanity, as recounted by the virtuosic cellists and musicians he taught.

The ticket also includes a talk by Ludmila Snigireva about the legendary Russian cellist Mstislav Rostropovich, who will be joined in conversation by his former student Mischa Maisky. The Rostropovich Talk starts at 3.00pm.

[quick_view id=”22253″] This live event is over but it is available to access and purchase until Sunday 4 April when it will come off-line at 7.30pm.

All CELLISSIMO performances will be available to access and purchase until Sunday 4 April when they will come off-line at 7.30pm.

Music for Galway provides all services on a best effort basis. While making every effort to provide support, MfG accepts no responsibility for any technical difficulties on the side of the consumer, whether it be due to limitations of their own technology or broadband capacity.