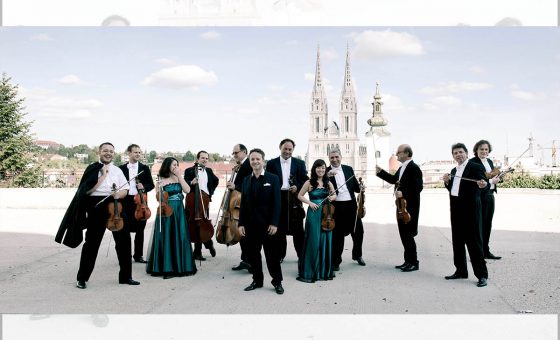 Founded in 1953 as a Radio Zagreb ensemble under the artistic leadership of the renowned cellist Antonio Janigro, Zagreb Soloists gained reputation as one of the world’s most outstanding chamber orchestras.

Since 2012 the ensemble performs under the leadership of Sreten Krstic who is also the leader of the Munich Philharmonic.

Zagreb Soloists’ performing repertoire entails baroque, classicist, romantic and contemporary music, with particular attention given to Croatian composers – both of those who represent the musical heritage and those of the younger generation.

They recorded more than seventy albums for companies like Vanguard House, EMI, ASV, Eurodisc, Melodia, HISP-vox, Pickwick audite, cpo and Croatia Records. In June 2014 the ensemble has also released a compact disc with works by Boris Papandopulo, performing with pianist Oliver Triendl – the project which united both local and international music criticism – giving the CD highest rates and numerous commendations. One of the most notable recent recordings is the album with works by Ernesto Cordero, featuring prominent soloists such as the violinist Guillermo Figueroa and the guitarist Pepe Romero (Naxos 2010) that subsequently nominated for the Latin Grammy Award.