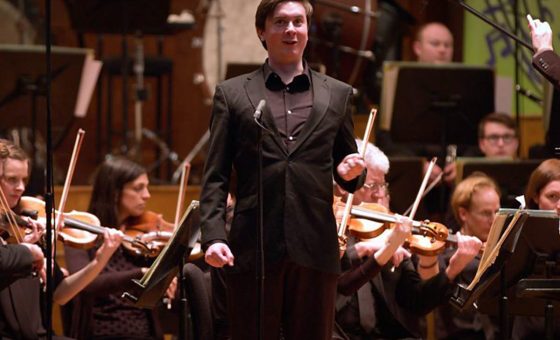 Aaron O’Hare from Northern Ireland, completed his BMus (Hons) degree at the University of Ulster, and went on to complete an MMus at the Royal Northern College of Music under the tutelage of Matthew Best, having been awarded a full Scholarship. In August 2015, Aaron won the Northern Ireland Opera ‘Voice of 2015’ competition during their Festival of Voice.

Aaron joined the Garsington Opera Festival’s Alvarez Young Artist’s programme for their 2016 season, and was a member of the Opera Holland Park Young Artists in 2018. Aaron is also a recipient of the Arts Council NI and BBC NI’s ‘Young Musician Platform Award.’

Next year, Aaron will join the studio of Opera de Lyon to play Mike in John Adam’s ‘I was looking at the Ceiling and then I saw the Sky.’