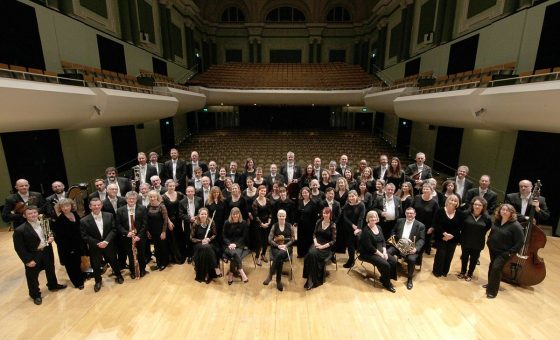 The RTÉ National Symphony Orchestra plays a central role in Irish musical life through year-long programmes of live performances of music ranging from symphonic, choral and operatic to film and popular music, contemporary traditional and contemporary classical and music; schools and educational projects; a mentoring scheme for young musicians; broadcasts on RTÉ and internationally through the European Broadcasting Union; recordings and new commissions. The orchestra has been critically acclaimed for its recordings on the Marco Polo, Naxos, Claves and RTÉ lyric fm labels.

Highlights of the 2019-2020 Season include, under Chief Conductor Jaime Martín, symphonies by Mahler (No. 3) and Shostakovich (No. 10), concertos by Prokofiev (Violin Concerto with Viktoria Mullova) and Rachmaninov (Piano Concerto No. 3 with Denis Kozhukhin) works by Irish composers Elaine Agnew (Make A Wish) and Ian Wilson (Man-o’-War) and, with Principal Guest Conductor Nathalie Stutzmann, works by Beethoven (Piano Concerto No. 4 with Boris Giltburg), Bruckner (Symphony No. 7), Bruch (Violin Concerto with Daniel Lozakovich), Richard Strauss (Also sprach Zarathustra) and Wagner (Prelude and Good Friday music from Parsifal).