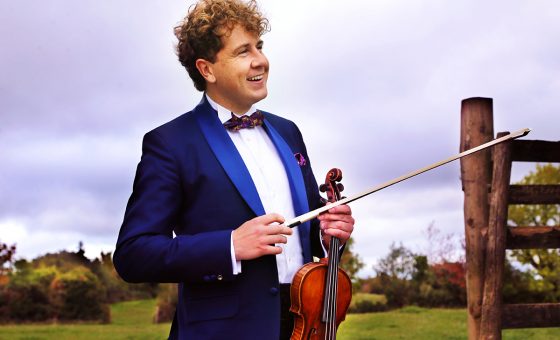 “Belonging amongst the greatest violinists, except for names such as Maxim Vengerov, Itzhak Perlman and Nigel Kennedy, I cannot think of those with whom I can compare you.” -Alexander Bailie on Patrick Rafter

Celebrated as one of Ireland’s most gifted and exciting musicians, Patrick Rafter has compelled and inspired audiences throughout the world. A star-studded journey includes debuts with some of the finest orchestras such as Prague Philharmonia, performances alongside leading conductors including Semyon Bychkov and Marin Alsop, and sharing the stage with the world’s most acclaimed musicians such as Maxim Vengerov and Shlomo Mintz. A personal invitation to study under Vengerov has led to 1st prizes in International Competitions and has been a catalyst to an international career. Upcoming projects include an album recording, performances throughout Europe and debuts with leading orchestras such as the London Mozart Players.

Born into an exceptionally musical family, Patrick quickly rose to attention with over 50 national accolades. He is a top graduate of the Royal Academy of Music in London and the International Menuhin Music Academy in Switzerland. He has studied at the Royal Irish Academy of Music in Dublin under Fionnuala Hunt and Eyal Kless. He is incredibly grateful to the department of Arts, Heritage and Gaeltacht to perform on a Jean Baptiste Vuillaume violin made in Paris in 1840 and a Eugene Sartory bow from Paris 1925. To follow Patrick, visit www.patrickrafterviolinist.com and also www.facebook.com/patrickrafterviolinist/