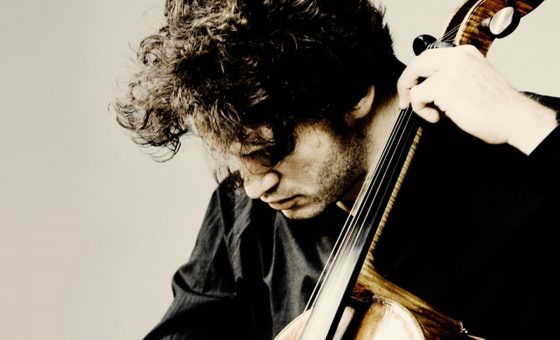 German-French cellist Nicolas Altstaedt is one of the most sought after and versatile artists today.  As a soloist, conductor and artistic director, he performs repertoire spanning from early music to the contemporary.

2018/2019 he was „Artist in Residence“ at the NDR Elbphilharmonie Orchestra, where he performed with Krzysztof Urbánski, Hannu Lintu and Christoph Eschenbach on tour. Upcoming highlights include a tour at major European venues with the SWR Orchestra and Teodor Currentzis, where he is Artist in Residence 23019/2020 as well as with B’Rock and René Jacobs, Debuts with the National Symphony Orchestra Washington and Ed Gardner, the NHK and Yomiuri Symphony at Suntory Hall, European Youth Orchestra with Vasily Petrenko, Orchestre National de France with Emmanuel Krivine, Il Giardino Armonico at Grafenegg Festival, KBS Symphony Orchestra, Netherlands and Radio Philharmonic with Ben Gernon and Edo de Waart at the Concertgebouw and reinvitations to the DSO Berlin with Robin Ticciati, Rotterdam Philharmonic and the Finnish Radio Symphony Orchestra. Furthermore he will be „Artist in Focus“ at the Alte Oper Frankfurt in 2020.

As a conductor, he appeared with the Orchestre Philharmonique de Radio France, Ancient Academy of Music, the Aurora, Zurich and Scottish Chamber Orchestras and will debut next season at the Orquesta Nacional de Espana and SWR. During the 17/18 season, Nicolas gave the highly acclaimed Finnish Premiere of Esa-Pekka Salonen’s Cello Concerto under the baton of the composer at the Helsinki Festival and was Artist in Spotlight at the Concertgebouw, Amsterdam.

Nicolas’ recording of CPE Bach Concertos on Hyperion with Arcangelo and Jonathan Cohen received the BBC Music Magazine Concerto Award 2017.  His latest Recital Recording with Fazil Say on Warner Classics received the Edison Klassiek 2017. In 2018 Nicolas received the Musikpreis der Stadt Duisburg. Nicolas was a BBC New Generation Artist 2010-2012 and a recipient of the „Borletti Buitoni Trust Fellowship“ in 2009.