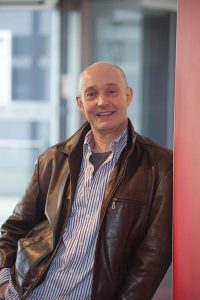 Professor Mark Everist is a Professor of Music at the University of Southampton.

My teaching and research focus on the music of western Europe in the period 1150-1330, French 19th-century stage music between the Restoration and the Commune, Mozart, reception theory, and historiography. I am the author of Polyphonic Music in Thirteenth-Century France (1989), French Motets in the Thirteenth Century (1994), Music Drama at the Paris Odéon, 1824-1828 (2002), Giacomo Meyerbeer and Music Drama in Nineteenth-Century Paris (2005), Mozart’s Ghosts: Haunting the Halls of Musical Culture (2012), Discovering Medieval Song (2018), as well as editor of three volumes of the Magnus Liber Organi for Editions de l’Oiseau-Lyre (2001-2003) and seven collections of essays.

I taught at King’s College London (1982-1996), and am now Professor of Music at the University of Southampton, where I was Head of Music from 1997-2001, and again from 2006-2010.  In 2010, I was appointed Associate Dean (Research) in the Faculty of Arts and Humanities and Director of the Arts and Humanities Graduate School.  I teach undergraduate courses on the middle ages, the 18th and 19th centuries, and masters courses on research methods and critical practice. My PhD supervision encompasses dissertations on early 19th century French opera, 15th-century mass composition, Sibelius, Verdi, the Notre-Dame conductus, organum and the 13th-century motet.