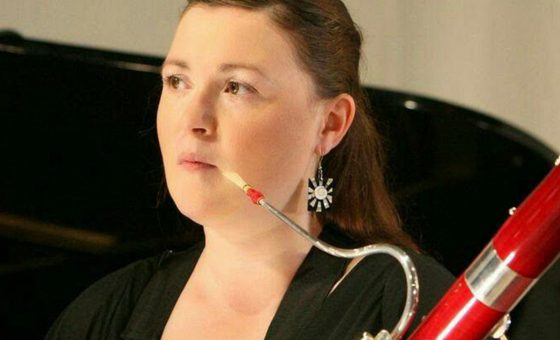 A native of Victoria, Mexico and studied in Germany, Mariana Parás Peña

completed the German Diplom (Master equivalent) in Orchestral Music – Bassoon & Contrabassoon under Prof. Henrik Rabien in the University for Music and Performing Arts

in Frankfurt, Germany. She studied also a postgraduate diploma in orchestra performance in Stockholm, Sweden and a master degree in Music Historical Research and Performance – Dulcian, Baroque and Classical Bassoon.

During 2016, Mariana was appointed principal bassoon of the Oaxaca Symphony Orchestra in Mexico, then moved to Ireland and currently serves on the RTE National Symphony and Concert

Orchestras in Dublin, Ireland as Bassoon and Contrabassoon substitute.

Among many other recordings, Mariana has participated in two productions as principal bassoon with the International Youth Orchestra for the Bavarian Radio, one recording as soloist (bassoon and piano) for the Goethe University Frankfurt.

In 2016 performed as Principal Bassoon in the contemporary music production (of 5 CDs) “The Mexican Composers Series” – Itinerant Classics Label.