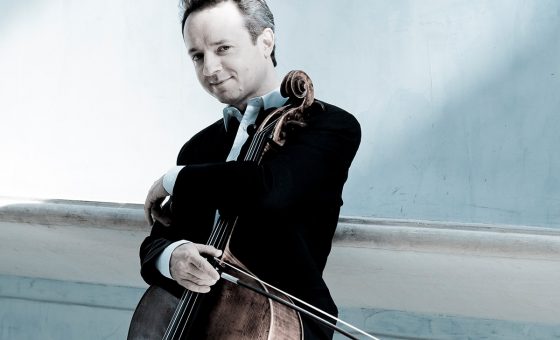 Marc Coppey is considered to be one of today’s leading cellists. He first came to the notice of Sir Yehudi Menuhin in the 1988 Leipzig Bach competition where he won the two most important prizes – first prize and special prize for the best Bach performance. He was 18 at the time. He soon after made his Moscow and Paris debuts performing the Tchaïkovsky Trio with Menuhin and Victoria Postnikova, a collaboration documented on film by the famous film director Bruno Monsaingeon. In 1989 Mstislav Rostropovitch invited Marc to the Evian Festival and from that moment on his solo career quickly developed. He performs regularly as a soloist with leading orchestras in collaboration with numerous distinguished conductors – Eliahu Inbal, Rafael Frühbeck de Burgos, Yan-Pascal Tortelier, Emmanuel Krivine, Alan Gilbert, Christian Arming, Lionel Bringuier, Alain Altinoglu, Michel Plasson, Jean-Claude Casadesus, Theodor Guschlbauer, John Nelson, Raymond Leppard, Erich Bergel, Philippe Entremont, Pascal Rophé, Philippe Bender, Paul McCreesh, Yutaka Sado, Kirill Karabits and Asher Fisch.