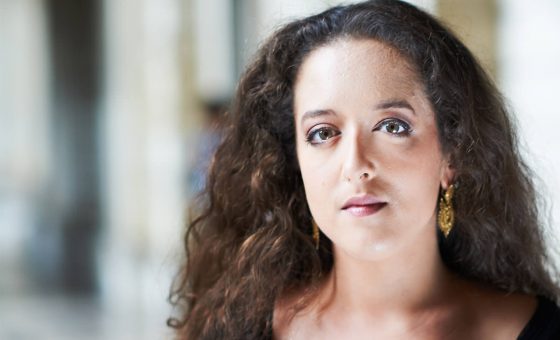 Lily Maisky was born in Paris but raised in Brussels where she is currently still based. She began her pianistic studies at the age of 4 with Lyl Tiempo as well as Alan Weiss. Lily was a pupil at the “Purcell School of Music” from 2001 to 2005.

Lily features on several Deutsche Grammophon and EMI recordings. Her latest release is on Avanti Classics with Grammy award winning violinist Philippe Quint. She has performed concertos under the batons of maestros Thomas Sanderling, Leonard Slatkin and Gabor Takacs-Nagy, among others.

The young pianist has toured many of the worlds leading concert halls and has been invited to such renowned festivals as the Verbier Festival, Progetto Martha Argerich, Maggio Musicale Fiorentino, the Schlesswig-Holstein Music Festival, Edinburgh Festival, Gstaad Festival, Bergamo-Brescia, Miyazaki Festival as well as the Beijing Piano Festival to name a few.

Lily enjoys playing chamber music and forms a regular duo with Mischa Maisky, as well as the Maisky trio with her brother. She has also performed with such artists as Martha Argerich, Julian Rachlin, Janine Jansen, Dora Schwarzberg, Renaud Capuçon, Gérard Caussé, Nicholas Angelich, Frank Braley and the Szymanowski Quartet amongst many others.

“Lily Maisky establishes her credentials as an exceptional pianist”