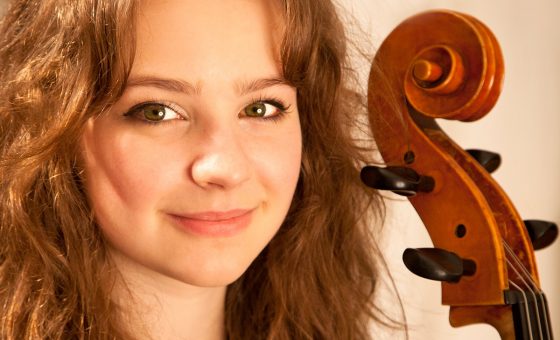 Winner of the 2012 BBC Young Musician of the Year Competition, Laura van der Heijden has attracted attention worldwide, captivating audiences and critics alike with the sensitivity of her sound and interpretations.

Laura’s 2018 debut album‘1948’, featuring Russian music for cello and piano with pianist Petr Limonov, won the 2018 Edison Klassiek Award, which was broadcast live on Dutch TV, and the 2019 BBC Music Magazine Newcomer Award. The CD has been hailed as a “dazzling, imaginative and impressive” debut recording.

Recent highlights include recitals at Tonhalle Zürich, Wigmore Hall and Musashino Cultural Foundaton in Japan, her participation at the festivals of West Cork, Mecklenburg-Vorpommern, and Krzyzowa Music. Orchestral debuts include the Melbourne Symphony, Hallé Orchestra, the Academy of St. Martin in the Fields, the Orkest van het Oosten, Yomiuri Nippon Symphony, and Argovia Philharmonic,

Laura graduated from Cambridge University in 2019, to be followed by a busy 2019/20 season, which sees her perform with the BBC National Orchestra of Wales in Aldeburgh, the Prague Symphony,  the London Philharmonic and BBC Philharmonic Orchestras in the UK, and the Los Angeles Philharmonic in the US.

Laura plays a late 17th-century cello by Francesco Rugeri of Cremona, on generous loan from a private collection.