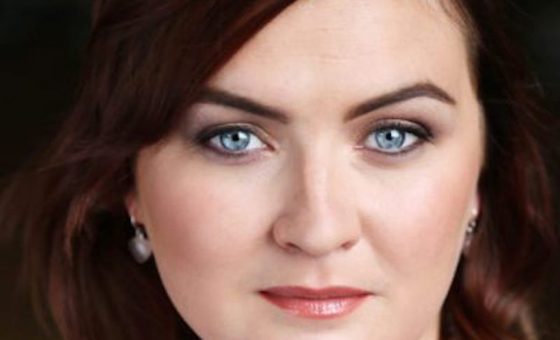 Mezzo-soprano Laura Lamph is from Belfast and works as an ensemble singer and soloist in the UK and Europe. Laura has performed with several UK-based ensembles including The Dunedin Consort, The Gabrieli Consort, Arcangelo, Britten Sinfonia Voices and Polyphony, as well as working regularly with Danish groups Ars Nova and Theatre of Voices.

Laura performs as a soloist singing everything from Opera to Traditional Irish. Previous performances include the role of Irene in Handel’s ‘Theodora’ with Sestina and the Irish Baroque Orchestra, Bach’s cantata ‘Ich habe genug,’ with Delmege Quartet in London, Andriessen ‘De Statt’ with the Danish National Symphony Orchestra in Copenhagen, and a concert with Grammy Award winning ensemble Theatre of Voices in the Elbphilharmonie in Hamburg.

One of the best parts of the job is travelling. This year Laura is looking forward to performing all over Europe, Hong Kong, USA and Canada. The worst part is that because of all of this travelling she can’t have a dog.

In her ‘spare’ time, Laura manages ‘Kensington Olympia Festival of Music and the Arts’, a London based charity providing a platform for young musicians.