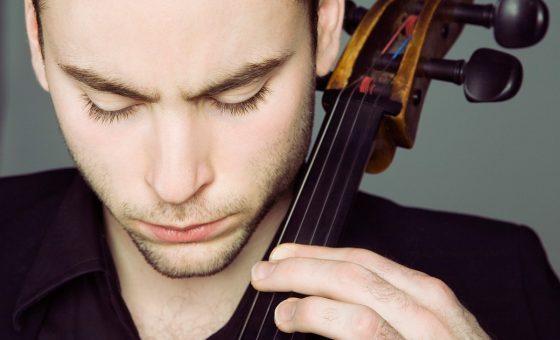 Swedish cellist Jakob Koranyi has firmly established himself on the classical music scene as one of Europe’s most interesting young soloists. Acclaimed for his commanding virtuosity, delicate sound and passion for diverse and innovative programmes, he has toured Europe extensively, performing in recital as well as a soloist in Vienna, Cologne, Hamburg, Paris, Brussels, Amsterdam, Barcelona, Stockholm and Luxembourg to name a few.

The forthcoming season sees Koranyi perform the premiere of Julia Wolfe’s new concerto at the Amsterdam Cello Biennale, Elgar’s Cello Concerto with the Symphony of Norrlands Operan and Stavanger Symphony Orchestra and Shostakovich 1 with the Helsingborg Symphony Orchestra. He returns to the Gavle Symphony Orchestra with Walton’s Cello Concerto and Wermland Opera with Schnelzer’s ‘Crazy Diamond’. In addition, Koranyi continues his residency with the Chamber Music Society of the Lincoln Center with a US tour and features in festivals worldwide, including the Holstebro International Music Festival in Denmark and the Illumina Festival in Brazil.

Recent highlights saw Koranyi perform Haydn’s Concerto in C with Vasteras Sinfonietta conducted by Julian Kuerti, and again with the Galve Symphony with Jessica Cottis, as well as the Atterberg Cello Concerto with the Istanbul State and Swedish Radio Symphonies. Jakob also returned to a number of festivals, including the Bridgehampton Chamber Music Festival, the Jarna Festival Academy in Sweden and Delft Chamber Music Festival with Liza Fershtman and Heather Ware and made debuts at both the Copenhagen Summer Festival and Katrina Festival in Aland.

Koranyi was a Rising Star of the European Concert Hall Organization in 11/12 and during that season was also awarded the Norwegian Soloist Prize. An earlier recipient of numerous awards from international festivals and foundations such as Le Prix d’Honneur and Ferminich Prize from the Verbier Festival, in 2009 Koranyi received the 2nd Grand Prix at the Rostropovich Competition in Paris.

While still a student, Koranyi won first prizes in national music competitions in Sweden, most notably the prestigious Soloist Prize awarded by the Royal Swedish Academy of Music. Part of the award was the recording and release of his critically acclaimed recital CD “Jakob Koranyi, cello” featuring works by Britten, Ligeti and Brahms. On the strength of this recording he was labelled “a force to be reckoned with” by The Strad Magazine. Koranyi plays on a Joseph Gratiani cello built 1756 in Genoa.