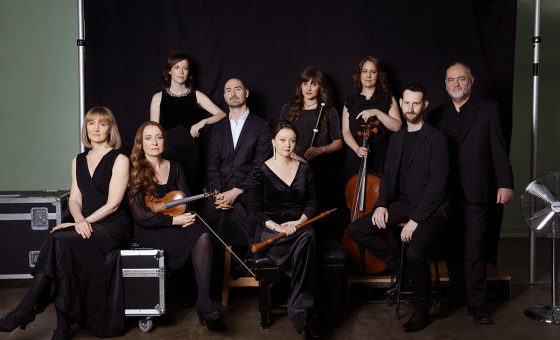 The Irish Baroque Orchestra is acclaimed as Ireland’s flagship period music ensemble and delivers historically-informed performances to the highest standards at home and abroad. Under the artistic direction of Peter Whelan, each member of the orchestra continuously seeks to explore the playing techniques and performance styles of the seventeenth and eighteenth centuries, and performs only on baroque instruments or modern replicas.

The IBO’s championing of previously-unknown high-quality gems from 18th century Ireland reveals music of exceptional quality.  This artistic rehabilitation prompts deeper reflections on our social, political and cultural history. Now internationally-regarded, IBO is changing the way that we listen to music of the 17th and 18th centuries in Ireland. Even Handel’s Messiah – an annual touring highlight in the IBO calendar – is a rekindled link to Dublin’s cultural life in 1742.

In 2019 the orchestra released ‘Welcome Home Mr Dubourg’ on Linn Records, as the first in a series of five releases with Peter Whelan at the helm. The disc has been profiled in the Irish Times and on BBC Radio 3 and has met with positive reviews across Europe. This is the first of a five-disc series for Linn Records, seeking to tell the rich stories of Ireland’s Baroque era.

The Irish Baroque Orchestra is generously funded by the Arts Council / An Chomhairle Ealaíon. It also receives financial support from Dublin City Council and Culture Ireland. The IBO is resident at the National Concert Hall, Dublin.