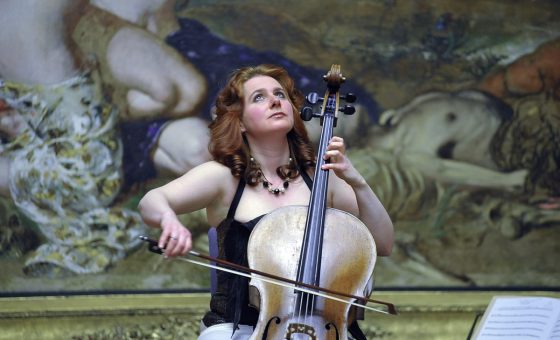 Hannah Roberts is one of the outstanding ‘cellists of her generation and was privileged to have studied with William Pleeth  and Ralph Kirshbaum.

Having won prizes in numerous prestigious competitions and awards such as Shell LSO, BBC Young Musician, Jacqueline Du Pre Memorial and Pierre Fournier awards Hannah has gone on to perform as soloist with leading orchestras, including the London Mozart Players, LSO, BBC Concert Orchestra and the Halle, also making frequent broadcasts for BBC radio and recording for ASV.

Internationally she has taken part part in the  Piatigorsky International Cello Festival in Los Angeles and numerous other festivals in Europe, and has an active schedule of solo and chamber music performances.

In addition to  her activities as principal (Manchester Camerata), soloist and chamber musician,  Hannah  is a committed and sought after teacher and is professor of cello at the RAM in London and the RNCM in Manchester, and is a visiting tutor for the University of Oxford.

She  is honoured to have been awarded both an HonRAM  and an  FRNCM for her work helping to nurture upcoming  ‘cellists, and  enjoys working with some of the world’s most gifted young musicians  at prestigious international masterclasses each summer.