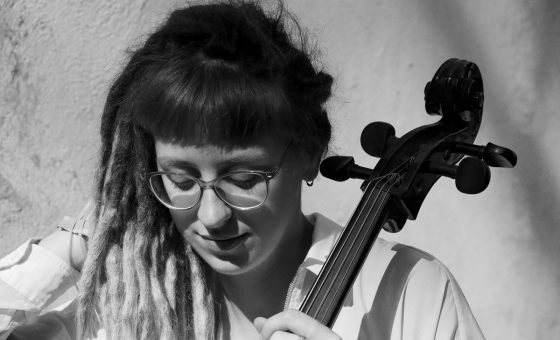 Gabriele Dikciute was born in Vilnius, Lithuania. After finishing M.K.Ciurlionis School of Arts she left to Ireland and started Bachelor Degree in cello performance at the Royal Irish Academy of Music under the tutelage of Miriam Roycroft. While studying there Gabriele took part in various festivals and music courses around Europe and USA, together with different chamber music groups and also as a soloist. In 2017 she was invited to play a piece Snow In June for percussion ensemble and cello solo by Chinese composer Tan Dun in New York University. Gabriele has a keen interest in Baroque music and often performs with her ensemble Westland Baroque around different festivals in Ireland. She recently gave a few concerts with different Baroque ensembles in New York and Budapest and a solo performance of D.Shostakovich Cello Concerto with the RTÉ National Symphony Orchestra of Ireland. Gabriele also composes and arranges music for films and is part of Glasshouse collective.