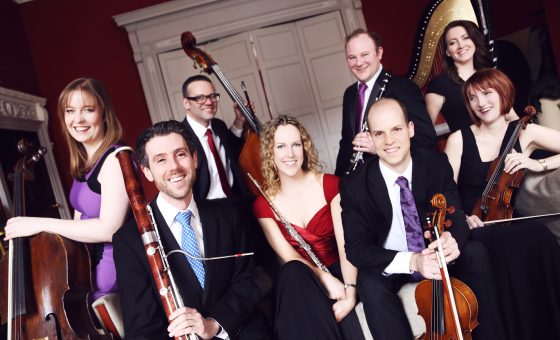 “The Ficino Ensemble has established itself as one of Ireland’s leading chamber groups. Its intelligently programmed, superbly played debut recording illustrates why.” — Michael Quinn, Classical Ear.

Formed in 2013, the Ficino Ensemble have been committed to presenting thoughtfully programmed concerts and exploring the vast chamber music repertoire. As a group of flexible size, they have performed quartets by Janacek, Szymanowski, and Schubert as part of the National Concert Hall’s String Quartet Series, and Beethoven’s Septet as part of Music for Galway’s renaming of the Emily Anderson Hall. The group regularly play at the Hugh Lane Gallery, Portico of Ards, Music for Kilkenny, Music for Wexford and Triskel Arts Centre. The members share a dedicated approach to contemporary music, and have been invited to play as part of Moving on Music in Belfast, where they performed works by John Buckley, Anselm McDonnell and Ian Wilson. In 2019 they collaborated with several composers as part of the Irish Composers Collective, and premiered new works for Flute, Harp and Viola. In 2018 they collaborated with Olwen Fouere in a project named The Still Point of the Turning World, where they performed the Irish premiere of Thomas Ades’ Four Quarters. Their debut recording Winter recorded under the Ergodos record label has received critical acclaim, and has put them at the forefront of the Irish chamber music scene. Ficino Ensemble takes the name from Marsilio Ficino, the renaissance philosopher who following in the footsteps of Plato, regarded music as a ‘contemplation of the divine.’

“Rarely have I heard such a beautiful recording of this great masterpiece [by Brahms.] […] As a programme of music it’s perfect in every way.”
— Bernard Clarke, RTÉ lyric fm

“…Ergodos’ latest release, featuring the Ficino Ensemble and a new work by Garrett Sholdice, brings the unexpected.” – The Journal of Music

“The Beethoven Trio’s “foretaste of symphonic glories to come was delivered by the Ficino with style and panache”” Michael Dungan, The Sunday Times

“There is excellent ensemble playing, with wonderful moments of interplay between different combinations within the group…An ensemble worth looking out for” GoldenPlec Magazine