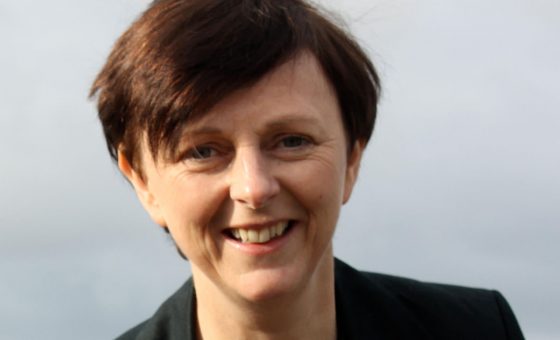 Her many commissioned works have been performed and broadcast worldwide by artists such as the Škampa and Vogler Quartets, RTÉ National Symphony and Irish Chamber Orchestras, Kaunas Chamber Choir and pianists Angela Hewitt and Finghin Collins. These works have featured at international festivals including the Slovenian Unicum Festival, EXPO 2000, London Spitalfields and in many world- class venues: the Carnegie and Wigmore Halls, the JF Kennedy Centre and the Konzerthaus Berlin.

Recent premieres in the National Concert Hall include Smile! by RTÉ Cór na nÓg and An Island Sings for massed adult community choirs, with text by Jessica Traynor. As a renowned workshop facilitator, Elaine has directed many major education and community projects throughout Ireland and the UK. In 2008 she was appointed as the first RTÉ lyric fm Composer-in-Residence. In 2012 her BBC Proms Commission Dark Hedges was premiered by the Ulster Youth Orchestra and Ulster Orchestra with flautist Sir James Galway in London’s Royal Albert Hall, one reviewer describing it as ‘compelling from beginning to end’. Elaine is a member of Aosdána, Ireland’s state-sponsored body of creative artists.