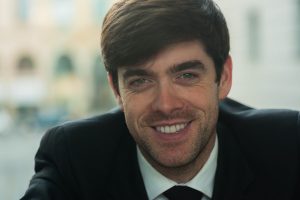 Dean Power is from Clarecastle, Ireland. He studied with Mary Brennan and repetiteur Mairead Hurley in the R.I.A.M. and D.I.T. Conservatory of Music and Drama.

In the 2010/11 season, he became a member of the Studio at the Bavarian State Opera House and since September 2012 has been engaged as a member of the house ensemble. There, he has performed the roles of Steuermann(Der fliegende Holländer), Jaquino(Fidelio), Edmondo(Manon Lescaut), Walther von der Vogelweide (Tannhäuser), Froh(Das Rheingold), Graf Elemer(Arabella), Scaramuccio(Ariadne), Malcolm(Macbeth), and (Covered-David in Die Meistersinger von Nürnberg and Tamino in Die Zauberflöte) among others.

Upcoming: New productions of Korngold’s Die tote Stadt, Abrahamson’s The Snow Queen and Verdi’s I Masnadieri at the Bavarian State Opera House, as well as my debut at the Schubertiade this October. He will make his debut in Mendelssohn’s Lobesgesang in Munich and Elgar’s The Dream of Gerontius in Dublin.