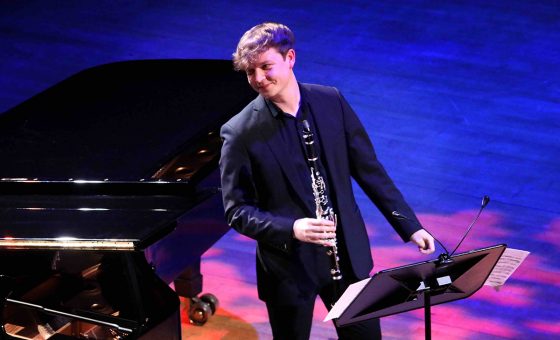 Award winning clarinetist and composer Christopher Moriarty is quickly becoming one of the most sought-after young artists of his generation, making his international debut as clarinet soloist with the New York Sinfonietta in Carnegie Hall, New York. (2015).

Christopher is passionate about the creation and performance of new works featuring the clarinet, expanding upon the Irish repertoire of works for his instrument and bringing them to new audiences. His music has been performed both nationally and internationally, with premieres in Dublin, London, New York and Stockholm.

His work Iridescence for 21 solo strings was premiered as part of a nationwide tour by The Esker Festival Orchestra, conducted by Peter Joyce (2017). His original Composition for clarinet – Opaque Rhapsody – has been featured on John Finucane & Elisavetas’ album of Irish clarinet music Irish Holidays released on the Genuin Recording Label (released 2018) alongside other well-known Irish composers such as Gerald Barry and Ian Wilson.

Drawing from metaphorical, symbolic and emotional inspiration, Christopher’s compositions deal largely with personal experience, colour-music and storytelling; striving toward a new sincerity in music with the listeners emotional reaction being of foremost importance.