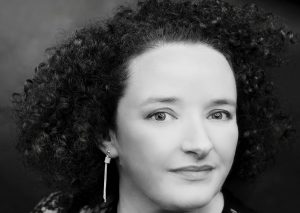 Bríd is a studio artist in the ABL Aviation Opera Studio with Irish National Opera and an ENO Opera Works alumna. She started 2020 premiering Amanda Feery’s As Above, So Below for mezzo and percussion quartet at the First Fortnight Festival. Bríd covered Witch & Mother in INO’s Hansel & Gretel, jumping in for a performance on tour.

In 2019, Bríd played Mother in Madama Butterfly for INO and Baba the Turk in The Rake’s Progress for Opera in the Open. She sang with Opera Collective Ireland as Ericlea in The Return of Ulysses in 2018. Bríd premiered new opera compositions Beneath Iseult’s Tower and The 24hr Opera (OTC Opera Hub), and a song cycle, Songs After Rain by Neil Martin, in 2017. Bríd’s first community opera experience was as Leah in Long Story Short: the Belfast Opera in 2016.

Other roles include Mistress Quickly in Falstaff; Zita in Gianni Schicchi and La Zia Principessa in Suor Angelica; Mrs. Grose in The Turn of the Screw and Mrs. Noye in Noye’s Fludde; and covering 1st Secretary Nancy Tang in Nixon in China for Wide Open Opera.  She makes her début at Blackwater Valley Opera Festival this summer.